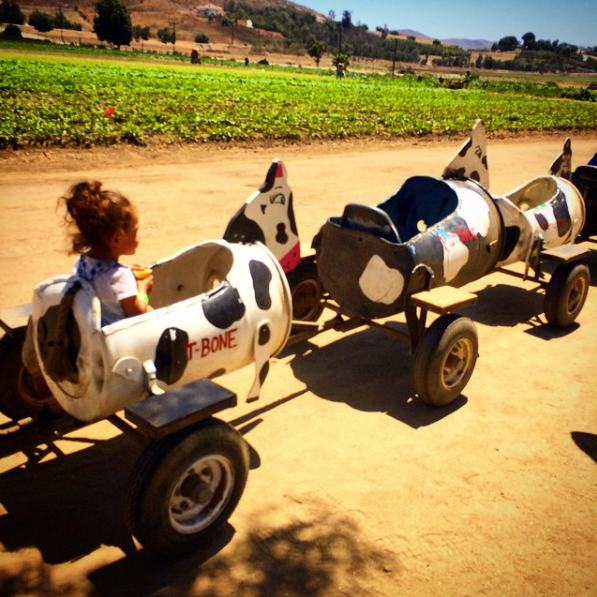 Midwest summers were a magical time for me. Hot humid days with an underscore of crickets and refreshing evenings lit by fireflies. No obstacles to deter my unbounded imagination.

This year, 2015, marks the 30th anniversary of one of my all time favorite films, Back To The Future. I remember the first time I ever saw the movie. My best friend Charlotte and I spent all day swimming and playing at the Oakwood Country Club. We started by laying out poolside, dousing ourselves with Bain De Soliel #4. We had lunch at the “Snack Bar”. Followed by 40 minutes or so of watching MTV for an air conditioned break in the club’s “Living Room”. Then more lounging poolside, including many moments of jumping in the water and splashing around while talking. Ahhh life as a youngster was so great.  Around 5 PM my mom asked if we would  like her to drop us off at a movie. That’s when we decided to see Back to the Future.

I’ve always enjoyed movies, but Back To The Future is particularly special to me. It was after that night I concocted this cockamamie idea that I would one day move to LA and mary Michael J Fox. Hahaha.  But it wasn’t just  a crush on him. The movie was so well done that I call the viewing date a “red letter date” in my history (to quote doc brown). I had been transported into another world and lived an adventure that normally couldn’t have been lived (I think this happens more easily for us overly-empathetic folk).  The seed had been planted. I knew I wanted to somehow be involved in making films like these. Films that offer an escape, inspiration, education, and most importantly, Magic. 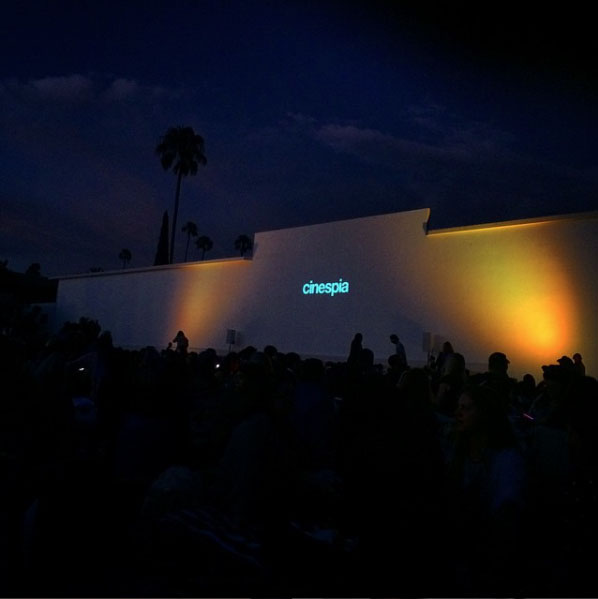 Last Saturday night the Michael J. Fox foundation and Cinespia  (one of my favorite summer activities- outside air and movies?! I mean can it get any better??) joined forces to throw a benefit double feature screening of  Back To The Future and its sequel, Back to the future 2 (don’t get me started on that one :P). There was no way I was missing out on this.

The whole night was like being transported back to 1985. It was our own journey of time travel 🙂 and it was SO MUCH FUN. The DJ was awesome. On the lawn we bumped into old friends and work colleagues. We danced to songs from the movie soundtrack and fun hits from the 80’s like New Edition’s Cool It Now and a newly mixed rendition of Human League’s Don’t You Want Me Baby. We had our picture taken in a DeLorean. The open bar was delish. And since we were in the VIP section MSM and I were gifted soft and warm 30th anniversary Back to the Future blankets, which I love.

Once the sun set the entire lot of us situated ourselves on large blankets that enveloped the lawn. We picnicked and relaxed under the stars as we watched the films. Its amazing how the movie still holds up. The humor plays, the acting is incredible. Yes, MJF and Christopher Lloyd are great but as a kid I never realized the incredible talents of Krispin Glover and Emma Thompson. The movie felt like it ended right when it started. The pacing is perfect. The editing was so strong I literally was sucked into the story, re-living the adventure. The best news? While we were having all this fun, $100K was raised for The Fox Foundation/Parkinson’s research to find a cure!!!

At the end of the night we were all transported back to 2015. I love how watching that movie made me feel like I took a time machine to 1985 (omg! Hot Tub Time Machine! Another great one!).

What to wear to al fresco movie screening?

Even when its 102 degrees during the day, it gets cool at night. Believe me.

In case you are interested in donating to or learning more about the Micheal J Fox Foundation, here’s a link to their website: https://www.michaeljfox.org

To read about Cinespia, or purchase tickets, click here: CINESPIA Scroll to the bottom of the home page to read all about the organization.

4 thoughts on “Back to the future. Literally.”